The store will not work correctly in the case when cookies are disabled.
WIN A $500 JYSK GIFT CARD!See details
Our Partnership The Athletes

STORIES FROM THE ATHLETES: SHARING THE JOY OF SPORT

JYSK is proud to be a national partner of Special Olympics Canada. The organization has received incredible stories from athletes of all ages whose lives have been enriched through sport, inclusion, friendship and fun. We have shared some of these below. Click here for more inspirational stories of Canadian athletes. 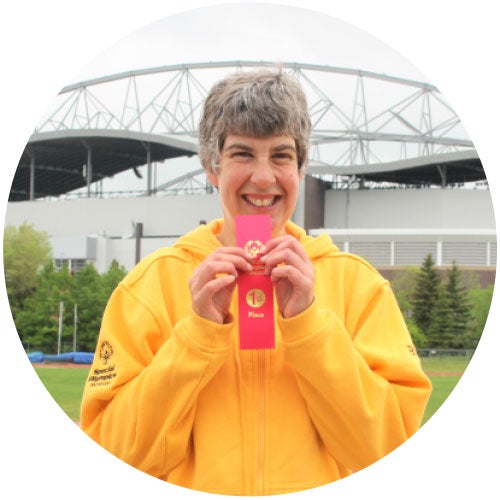 After a Car Crash, Brita Hall Defies Odds and Becomes a Gold Medalist

At just nine-weeks-old, Manitoba’s Brita Hall was in a car crash that resulted in the loss of the cognitive function of her brain. Doctors said she had a 10 per cent chance of ever walking or talking. Thanks to the support of donors like you, Brita had the opportunity to thrive with Special Olympics, defying those odds. Today, the 51-year-old decorated athlete has travelled the globe collecting gold medals on the world stage. Thank you for turning possibilities into meaningful impact for athletes like Brita. “She just went from success to success – she truly is the example of what you can do when you put your mind to it,” her mother Birgit said. “We couldn’t have imagined anything like this. Special Olympics has done a lot for us.” 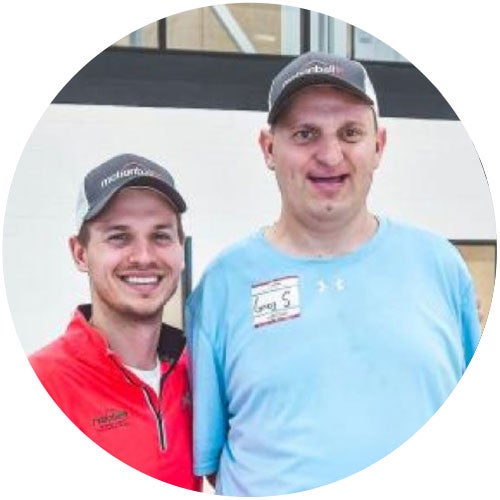 Growing up in Mississauga, Chris witnessed firsthand the impact Special Olympics had on his older brother Greg, who has autism spectrum disorder. “He’s not super verbal, but when he’s at Special Olympics events he really comes out of his shell,” said Szymus. Motionball is a national non-profit that introduces the next generation of donors, volunteers and sponsors to the Special Olympics through integrated social and sporting events. Chris works as a teacher, but has been involved in the Motionball program for ten years. “It’s just so much fun to be around and be a part of,” said Szymus. “As someone who just loves and appreciates sports, it’s just that feeling of watching someone succeed and everyone is happy for them.” 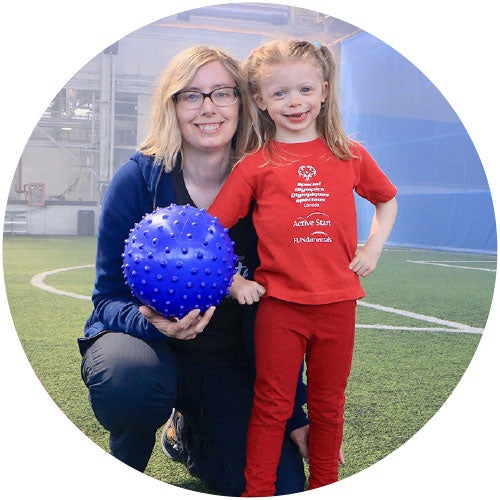 Alma has Williams Syndrome, a genetic condition that typically occurs with medical and developmental problems. At two-years-old she used a walker to get around, which made it difficult to find inclusive community programs and activities. Alma has been attending Active Start, a Special Olympics program for children that helps her develop basic motor and sport skills through fun and positive movement experiences. “In only a short time at Special Olympics she went from being this kid with a walker to walking independently, to running,” her mother Melanie said. Melanie wanted to find a place for her daughter to be challenged, pushed to try new things and develop new skills – “and that’s what happens every week at Special Olympics.” While Alma has yet to join a specific sport, she loves figure skating, rhythmic gymnastics and baseball. 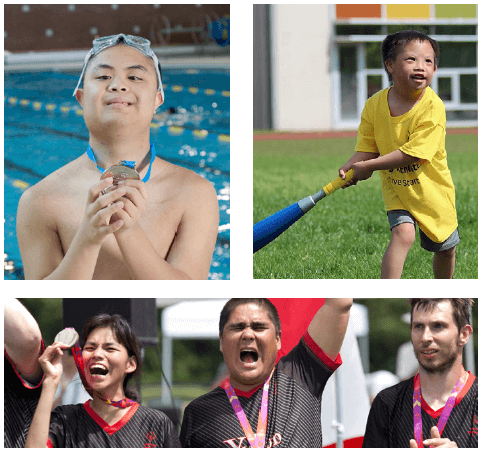 You can also check out the organization’s Highlight Reel, a web series all about Special Olympics athletes, coaches, volunteers and staff from across the country.

Sign up to JYSK emails for a chance to win a $500 gift card each month. 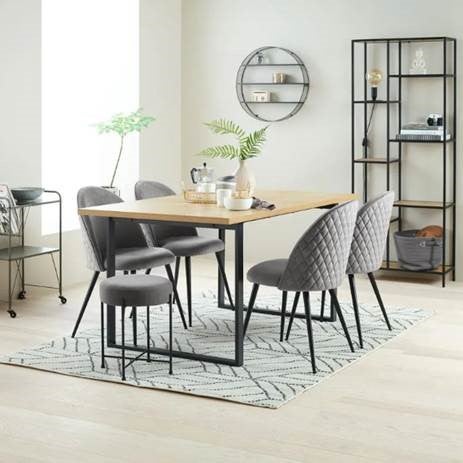